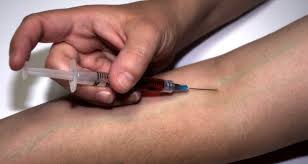 Why the Synthetic Opioid Menace is Hard to Control

Lindsay LaSalle, a nonprofit Drug Policy Alliance staff attorney noted that, the increased consumption of fentanyl is attributed to its strength. It can be 50 to 100 times stronger than morphine, oxycodone and heroin. Therefore, it offers a powerful high that is desperately sort after by hard drug addicts. LaSalle added that synthetic opioids are easy to mass produce because they are made in labs. Moreover, as addicts seek intense highs, manufacturers will try to outdo each other by increasing synthetic opioid potency. This will result to increased risk of overdose and subsequently, more deaths.

As access to legal opioids becomes expensive and harder to obtain, addicts are embracing drugs laced with fentanyl or carfentanil to boost potency. Carfentanil is a powerful fentanyl derivative that is used to sedate elephants. To reduce suspicion, synthetic opioids are laced to other drugs and sold to unsuspecting buyers. This explains the increased fentanyl and similar synthetic opioid daily deaths. The main reason for the increased availability of fentanyl is its profitability. A kg of fentanyl can fetch 2.5 to 20 million dollars when spiked in other drugs.

To curb the synthetic opioid menace, government drug agencies should raise awareness among clinicians and the public about the drug’s toxicity and unpredictability. Also, the availability of naloxone; an opioid reversal agent, should be increased.